It’s a day late, I know, but here’s a couple photos of my newest engine:

This GP-38 will be used for light duty freight: a few box cars, a reefer, an open hopper, a couple tankers, log+lumber etc.  I bought this Atlas engine on e-bay.  It came with DCC+Sound and cost me $94, including shipping from Alaska.

Here is a look at my track plan.  It consists of two outer loops and various sidings for industries.  The spur on the left will be expanded down to a coal unloading dock on the coast.  Industries in the center will include a sawmill where logs will be dropped off and lumber will be picked up, a liquefied propane unloading station and various shipping depots.  In the upper right corner, the cut out shows the two loops traversing a mountain via a tunnel.  There is a spare switch in the mountain for a potential helix.  This helix may eventually lead to a future upper deck where passenger service will be managed.  The layout is currently in one corner of my home office, there is a lot of potential for expansion.

One of my nephews, Ben, came to visit today; and he wanted to run the trains!  Of corse, for a six year old, this means maxing out their speed!  I don’t have many sidings in my layout.  Since converting from Kato Snaptrack, I haven’t invested in many yet.  Maybe that will be a goal for this year: build up some sidings and industries to make operating a little more fun.  Then Ben can do more than run the train around the loop as fast as he can…

I’ve migrated my blog over to WordPress.  As a result, it may look slightly different but I feel its an improvement.  WordPress will provide me with greater flexibility and more options in the future.  One big feature I already like is the ability to share posts with multiple social media outlets.  Google’s Blogger more or less limited you to sharing with Google+ only, which I didn’t care for.

Picked up box car # 8019.  Like with the refer, it got new wheels.  Almost every car I buy needs a wheel upgrade.  The factory flanges are tall and ride on the railroad ties.  Such was the case with this car. #code55problems

I upgraded the trucks on my reefer.  I removed the stock trucks and installed Micro-Trains Bettendorf trucks with short extension couplers. (PN# Micro-Trains N 00302021).  I also replaced the plastic wheels, which come stock on the trucks, with BLMA N PN# 9810 33″ precision metal wheels.

I’m very excited!  Look what arrived in the mail today…

I’m pretty excited to get started with new lighting! 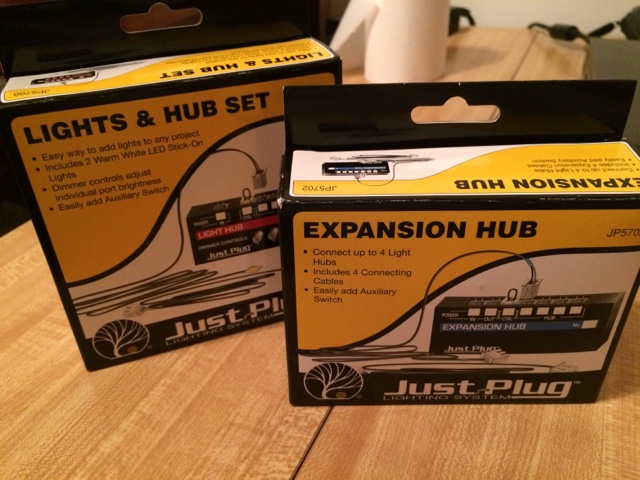 Picked up a new Micro-Trains gondola.

I picked up a Kato SD70MAC recently.  Engine #4001, the Spirit of Alaska, now runs my rails, hauling my passenger cars instead of the B&M Alco I was using.  I quickly bought a DCC chip for it and gave it a test run: nice and smooth.

The front and rear guard rails need to be painted white.  I’ll also have to do some tinkering with the coupler.  The body mounted coupler on the engine pulls the truck mounted coupler on the railway post office (RPO) to the outside of sharp curves, causing a derailment.  This happens because the truck on the RPO sits so far back and the coupler shank can’t swing far enough in its factory supplied gear box.